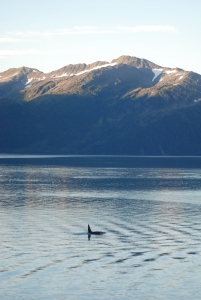 I’ve just done the math… including eBooks, paperbacks and “pages read” via the Kindle Unlimited programme, The Ice Star has just topped the 1,000 books sold mark!

I am overwhelmed by the sales. Perhaps small in comparison, but 1,000 sales in the first month feels so good. The Ice Star was never meant to be. In December 2014, when I finally submitted my first 15,000 words to my supervisor at Falmouth University, I was so done with the project. I had rewritten the entire novel twice, polished the first five chapters at least eight times, changed POV twice, I even changed the sex of the main character – yes, Fenna started out as Ravn. (Thanks, Sarah Acton!) In short, I never wanted to see The Ice Star again, and I never thought it would amount to much.

But, Sarah wouldn’t let it lie.

Neither would my supervisor, Tom. He mentioned it was a shame not to finish it. He thought it had promise, not least for the setting.

I did pick up the manuscript – a mess of rewritten chapters, notes, and a hundred different copies of different versions – several times, but I never did anything with it. I chose to write fantasy novels instead. Then Alaska happened. I quit my job, and Jane and I joined our friends on the Yukon River. The last thing I did was load the latest mess of chapters onto my tablet computer, and imagined that one day I might look at it, just out of interest – for old time’s sake.

After two months on the Yukon River, and a lifetime’s worth of unique experiences, Jane and I got off the river and spent a week in Fairbanks, AK. The Ice Star was silent, it didn’t so much as creak as we explored the town and made plans to visit Denali National Park. But, in the park we saw a wolf, and there was a murmur and a hint of something that I remembered from a long lost passage in a fragmented chapter. I ignored it, choosing instead to squint at the fuzzy, grainy, bleary photos of a wolf’s behind.

We took the train to Anchorage, and I took a few hundred photos of Denali as it finally broke through the clouds. Jane got sick, and I celebrated my birthday, alone, at the movies. I spent $10 on a movie ticket and a cup of coffee, and indulged in a brain-dead couple of hours with Jason Bourne. Predictable? Yes. Familiar? Very. Enjoyable? You bet.

And The Ice Star was forgotten once more.

Until, that is, we boarded the ferry in Whittier. A pod of orca swam around the bow of the MV Kennicott before the ferry slipped anchor and we began our journey to Juneau. I found a table in the lounge as Jane slept and I opened the folder on my computer, and started reading, editing, shaping and listening to the characters of The Ice Star, and the story they wanted to tell.

And that was that.

The Ice Star would never have happened without the support of great friends and colleagues. No matter what happens next, and whatever the future holds for The Ice Star and its sequels, I will forever be grateful for the help and support of friends like Sarah Acton and Isabel Dennis-Muir, and the people and nature of Greenland.

Curious? The Ice Star is available in paperback and on Kindle or for Kindle apps from Amazon:

This site uses Akismet to reduce spam. Learn how your comment data is processed.